Bettermaker is a company from Poland on the cutting edge of analog audio. Their product combines the advantages of digital and analog world by allowing digital control of analog audio, including presets and automation via proprietary plugins (available in RTAS, 32bit or 64bit VST, and AU). The devices are built with the greatest care for the details and are 100% handmade. The aim is to combine the advantages of digital and analog without compromise. Thanks to Bettermaker’s construction the devices provide a reliable, natural and noise free sound.

Easy to use, with the great sound only an analog EQ can provide, and total recallability within your D.A.W. session or via presets from the front panel, how can you go wrong?

“I wanted to say thank you so much for making the truly incredible BetterMaker. I fell in love with it within five minutes. It sounds FANTASTIC. So musical, and so helpful to me on a mix. The high pass alone is incredible and has made my mixes so much more focused… more…. better! And it goes without saying that having instant recall on the unit is a massive benefit to me, when I’m often in the middle of more than one project at once and needing to recall mixes frequently.”GREG WELLS

“Brad, that Bettermaker really sounds good… It’s both transparent and subtly colored in a good way. It adds warmth and/or clarity, sounds sweet and open. The bottom end of the Pultec Shelf is fat and fat and punchy. The presence can be made as subtle as you want (0.1 dB boost if you want) or as much as you want, as wide or as narrow as you want. You can go big or you can go subtle. I love that. Whatever distortion it may be adding is always euphonic, never bad.

“It’s the first digitally-controlled analog equalizer I’ve ever heard that sounds transparent and warm without adding any of the harsh or fuzzy artifacts known from digitally-controlled technologies such as MDAC, yet I know there are MDACs in the Bettermaker, which blows my mind, I thought no one would be able to conquer the MDAC curse, but I’m glad it was Bettermaker. Their purist approach includes relay bypass switching on every section, so when the high pass is OUT, it’s out, completely, passively bypassed.

“I use the Bettermaker on nearly every project I work on. It may be sonically ‘one tenth of one percent’ less transparent than the most transparent analog equalizer (not digitally controlled) I own (the Dangerous Music BAX, which is virtually inaudible), yet even for most audiophile projects, the Bettermaker adds something desirable to the sound which makes me want to put it in, it’s like candy. And I’m a purist, I normally never add a piece of gear to a chain unless it helps. Weird name for a piece of gear, but in this case I have to agree.

“The only thing that I’d like is one more midrange bell band…. I need three midrange bands. But otherwise, it’s the most perfect equalizer I’ve ever owned, with that recall, “incroyable” as they say in French. I don’t know how they say it in Polish, but whatever the word, it’s unbelievable.

“I’m sold on the Bettermaker, you’d have to pull it out of my cold, dead hands. Disclaimer: I helped them write the manual, they needed it done, and I felt they deserved it.” BOB KATZ 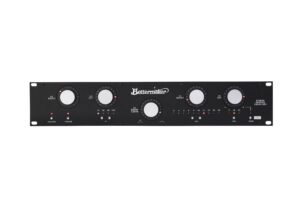 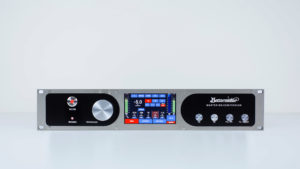 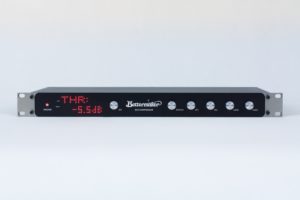