LOS ANGELES, CALIFORNIA – NOVEMBER 2018: Anthony Baldino is a composer, sound designer and electronic musician based in Los Angeles. His most recent assignment was to create the arresting sound design, alongside longtime friend and sound designer Chris Lane, for the Marvel movie Venom, in which he plied his massive collection of hardware synthesizers and hand-picked effects software to build, mangle, and polish an unnerving soundscape that matches the dark themes of the movie. However, he is best known in the industry as a go-to composer for trailers; Baldino’s credits include the trailers for Star Wars: Rogue One, Avengers: Infinity War, Prometheus, Interstellar, and Ex-Machina, to name a few. In the rare moments when he isn’t working on a new composition laden with sound design out of his home studio, Baldino taps his first love of music, playing shows around town or working on new stand-alone material. For all of it, Baldino relies on his ATC SCM25A monitors and his Subwoofer Pros Studio Sub 12 subwoofers to hear and remove all of the elements and frequencies that are unnecessary in order to make plenty of room for all of the elements and frequencies that are essential.

After a youth spent in punk bands, Baldino attended Berklee College of Music in Boston intent on studying film scoring. Fate intervened in the form of two influential roommates, who turned Baldino onto the possibilities of electronic music and inspired him to add an emphasis in music synthesis. “Around that time, someone recommended that I check out a Telefon Tel Aviv track,” he said. “I tried but found the wrong track… which was maybe for the best because when I heard it, I felt like I knew what I had to do with my life! That was my entrance into the world of really tasteful sound design. That was when I started paying close attention to mixes… to who was mixing and to who was mastering… and to what gear those people were using to achieve their results.” It was not long after that that Baldino traveled to Los Angeles, purchased his first hardware synthesizer (an Arp 2600 that he still owns and uses), and began answering every relevant ad he came across.

“One ad was for a company that does trailers. They were looking to buy some cinematic sound design,” he said. “I went in to interview, but the only thing I had to play for them was a heavy IDM remix that I did. My interviewer listened to it and then said, actually, you could do trailer music. That was news to me, but in the spirit of my early and uncertain career, I went for it. I’ve been working on trailers ever since, and it has really worked out for me.” Baldino cited (with affection) the “bombastic” nature of trailers as a fun format within which to work creatively. The strong visual edit points create strong edit points for sound design to be implemented into his music, and Baldino has spent all day crafting the single emotional hit that forms the focus of a good trailer. From there, it is an exercise in moving rapidly, but transparently from a calmer opening to that emotional high point.

When it came time to get into high-end monitors, the helpful staff at Westlake Pro let him take monitors home to try out, but nothing seemed worth the expense until he heard a pair of 3-way ATC SCM25A’s. “It was another one of those ‘I get it!’ moments,” he said. “I put on all my favorite tracks and was just blown away by all the details in these songs that I knew front to back that I had never heard before.” The SCM25A’s produce flat bass down to around 50Hz, and Baldino paired them with a stereo set of Subwoofer Pros Studio Sub 12 subwoofers to take his system down to 20Hz and lower.

“It took me a minute to wrap my head around the ATCs,” he said. “The midrange is hyper-detailed, and I found I was scooping too much out of the mids because I was used to thinking about my old monitors. But once I got that under control, things really improved because I was able to clearly hear all of the frequencies that needed to go. For example, I rely heavily on my modular synths for making a lot of the drums that give my music a lot of size and impact on most of my projects, and with the ATCs and Subwoofer Pros, I’m able to hear all of the harmonic content that I couldn’t hear before. I’m able to cut out all of these harmonics that don’t really support the key of the track and the frequencies that aren’t essential, which makes room for everything else. Now I think about all of my sounds like a music engineer might scoop frequencies from a piano to make room for a guitar, except that my sounds aren’t so traditionally defined. But the principle is the same. As a result, everything that remains is psychologically louder because it isn’t being cluttered by inessential harmonics. I’d be doing that in the dark without my ATCs and Subwoofer Pros.” 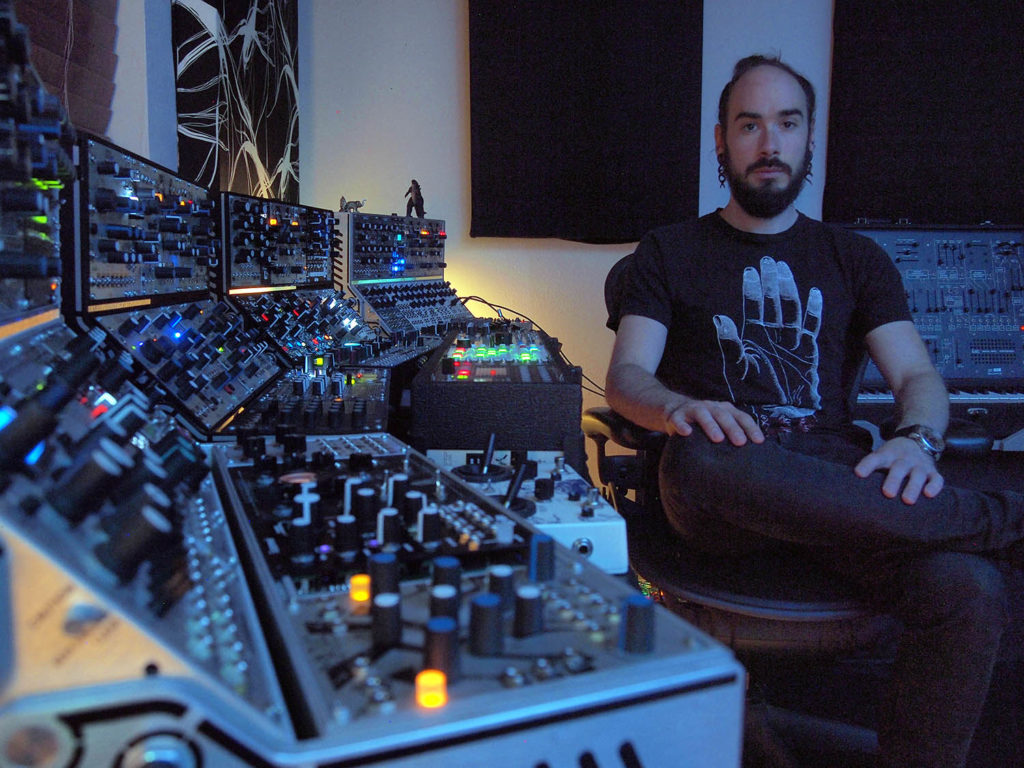 For Venom, composer Ludwig Göransson gave Baldino an interesting task. “Ludwig was using Digital Performer and Ableton,” Baldino said. “So instead of giving me a cue and rounding it out with traditional sound design, I was doing something more like ‘loopable gestures.’ Sometimes I was given a rhythm, and I made my own synth patches to that rhythm. I also did a lot of vocal processing, which ended up as the ghostly, alien swelling voices you hear in the film. That said, they’re still rhythmic. Finally, I also did a lot of orchestral processing and mangling. The ATCs let me do some creative distortion that made the brass especially menacing without making it sound like ‘brass through a distortion pedal.’ Again, the ATCs and Subwoofer Pros let me sculpt all of these sounds, which at times were really abrasive and full frequency range and deliver them in a state that really fit into the mix. For another example, I could really hear in great detail and dial in the release times of all my synth pulses. I know that sounds super nit-picky but reigning them in gave more room for everything else. Instead of banging my head against the desk wondering why other engineers can make things fit but I can’t, I can hear into the mix to make the right decisions that allow everything to fit.”

Baldino wasn’t alone in his use of ATC monitors on Venom; Lane and Göransson regularly use them as well. “My ATC SCM25A’s were so necessary in my writing for Venom,” Göransson said. “They were my mains throughout the whole writing process. The score was comprised of a hybrid backdrop that included dark synth textures, sharp electronic leads, heavy metal flourishes, and the super power of the orchestra. So, working within that wide sonic palette, I needed monitors that could reflect a clear representation of the full sonic spectrum. Time is always a factor with my projects, so it’s important that I hear what’s right and what’s wrong with a mix as quickly as possible. I’ve had my ATC’s for the last several years, and they have become integral tools in helping me write and produce music for my projects …and to do it quickly, accurately, and at a high quality.”

Rather poetically, Baldino is releasing his first album in nearly a decade – Twelve Twenty-Two, which includes the very first song he ever mixed on his ATCs. “It’s very possible that I might never have finished this album without the ATCs,” he said. “There’s something about the opening and closing tracks (they captivate me – and I don’t think I could have achieved that sonic level without the ATCs.”