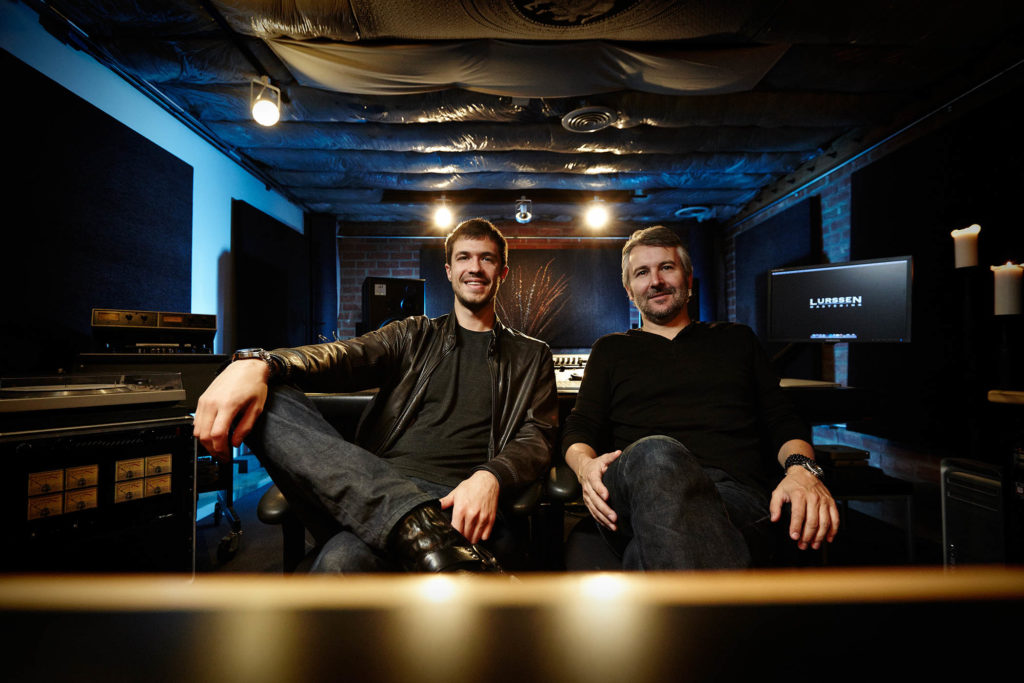 BURBANK, CALIFORNIA: John Lennon’s 1971 album, Imagine, and its legendary title track are the former Beatle’s most famous solo works. The album and the unconventional promotional film that accompanied it were recently remastered and reissued by Yoko Ono and the Lennon estate, with the original album supported by well over one hundred additional tracks of demo versions, studio outtakes, and isolated track elements. Called Imagine – The Ultimate Collection, the reissue spans four CDs and two surround sound Blu-ray discs. Musician and engineer Paul Hicks led the project and joined Gavin Lurssen and Reuben Cohen to master the box set – 140 tracks in total – at the Lurssen Mastering facilities in Burbank, California.

“In one sense, all mastering projects are the same,” asserted Lurssen. “You have a collection of songs created under different circumstances, and they all need to be balanced and shaped into a coherent whole. In this case, at the time, John and Yoko had a creative synergy with Phil Spector, who was known for his wall-of-sound approach. However, in this case, a more organic production was favored. I think John was most interested in expressing outrage at injustice and hope for a better world, and he didn’t want a ton of production to obscure that message.”

Despite having heard Imagine his entire life, Lurssen marveled at how natural and pristine it sounded when he started listening critically. “It’s so back-to-basics and simple; the production is really stripped down,” he said. “The drums sound like a drum kit; the guitar sounds like a guitar amp; and John’s voice is so raw and real. It’s a credit to the songwriting, musicianship, and engineering that it has achieved such iconic heights. It proves once again that you don’t have to go through a lot of hoopla to make timeless music.”

The biggest challenge for the trio of mastering engineers was simultaneously satisfying reminiscence of the past with expectations of the present. Apple Records released Imagine in 1971 on vinyl, and listeners had a much more intentional relationship with it then than most consumers of music have today. And back then, it didn’t have to compete with the glut of media that crowds the modern mind and raises the noise floor, so to speak. “The goal was to master the album in such a way that listeners would say, ‘Wow! It’s just like I remember it, and it sounds awesome!’,” Cohen said. “But it also needs to sound awesome next to whatever else they played before it or whatever else will come after it. So, we had to make some minimal changes to compete in the modern soundscape, but they had to be completely subliminal.” 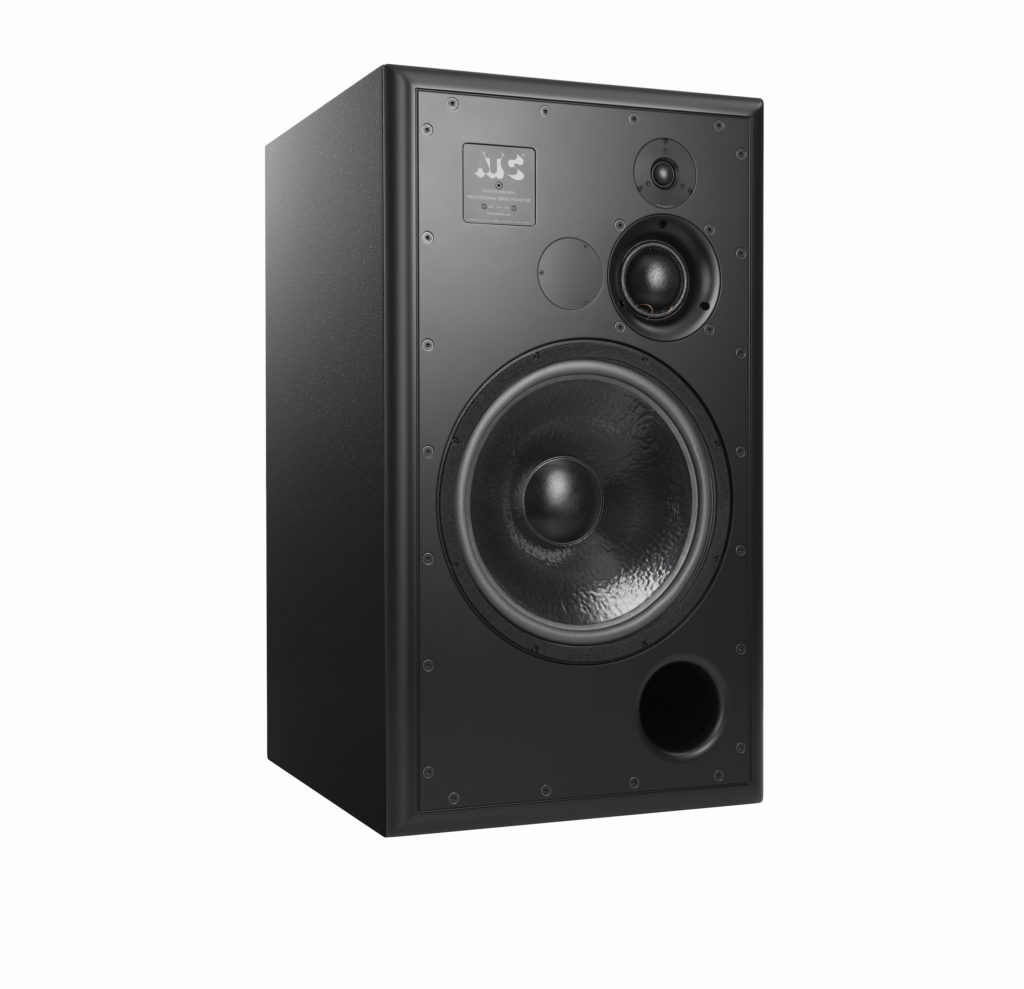 Consistent with his workflow for the past two decades, Lurssen used ATC monitors for all of the Imagine – The Ultimate Collection mastering sessions: the trio used a pair of ATC SCM150ASL three-way midfield monitors for all of the stereo work and five ATC SCM25A compact three-way nearfield monitors for all of the surround sound work. “There’s something about the ATC analog circuitry and drivers,” Lurssen said. “There’s no better way to say it: the ATCs let me hear into the recording. In this case, we were able to hear the production decisions and original intent that John, Yoko, and Phil poured into the original recordings. You can hear John’s soul and his passion. Having that clarity gave us the confidence to make adjustments without compromising that intent.”

Cohen added, “The fact that ATC has such a consistent sound across all of its models made it possible to move between the stereo mixes and the 5.1 mixes and trust that both versions would translate outside the studio. I’d also say that ATC’s unique combination of technical detail and musicality made everything more fun and inspiring that it might have otherwise been. We got to enjoy these tracks while we worked on them!”

The trio endeavored to minimize any adjustments in the mastering process. As Cohen put it, “Our philosophy is to do as little as possible to achieve the most. That usually ends up sounding most natural, and it was especially important in the case of Imagine.” Although Lurssen wouldn’t divulge too much about the specifics, he did acknowledge that a critical component of their approach to Imagine was to spread the work across multiple processors: “Especially for older recordings, it’s better to do a little bit of processing on several pieces of gear than a lot of processing on fewer pieces of gear. We take the best stuff out there and then use it to make, for example, a half dB boost at 10kHz. Then we rely on another processor to do some slight shaping on the low end. And so on.”

The mastering sessions might have been relatively straightforward, except that the project included so many demos, outtakes, and stems. “Everything ultimately has to fit together into a coherent whole that still sounds consistent with the era and the album,” Cohen said. “Of course, a demo will sound like a demo, and a stem won’t sound like a full track, but they all have to sit in the same space. And certainly no one wants to have to adjust volumes between tracks. It’s also true that adjustments made for an entire song won’t work for a stem.” Long story short, it was a big project!

Stepping back, Lurssen, who regularly works with the very biggest names in the music industry, had an emotional response upon revisiting Lennon’s iconic work: “Going into it, I thought, ‘wow, we’re working on Imagine.’ I don’t want to use the word ‘starstruck,’ that’s not right. But it was big. Then we got into the sessions and my engineering brain took over – I was doing my job and it’s a job I know well. Then, when it was all done, I again felt the historical significance of what we had completed, and those big emotions returned. If I had to name it, it would be gratitude: gratitude for John’s timeless art and gratitude for the opportunity to contribute to it.”