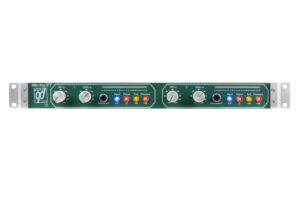 The Mic Pre IIT combines two of Daking’s celebrated stand-alone Mic Pre One units in a single rack space form factor for a surprisingly affordable price. Like the Mic Pre One, the Mic Pre EQ MkII, and the Mic Pre IV MkII, the Daking Mic Pre IIT circuitry is based on a classic console design of the ’80s with some upgrades: Variable High Pass Filters on each channel, class “A” amplification, extremely high headroom (+24) and a single-sided 48V power supply.  The Mic Pre IIT adds Jensen transformers on both the input and output for a nice touch of color that Jensens are known for.

The Mic Pre IIT’s high pass filter is continuously variable from 10-200Hz, and drops at 12dB per octave. It seems to have a magical ability to clean up the muck while making what remains sound even better. It is extremely helpful to DAW users who inadvertently record subsonics that muddy up tracks and mixes. 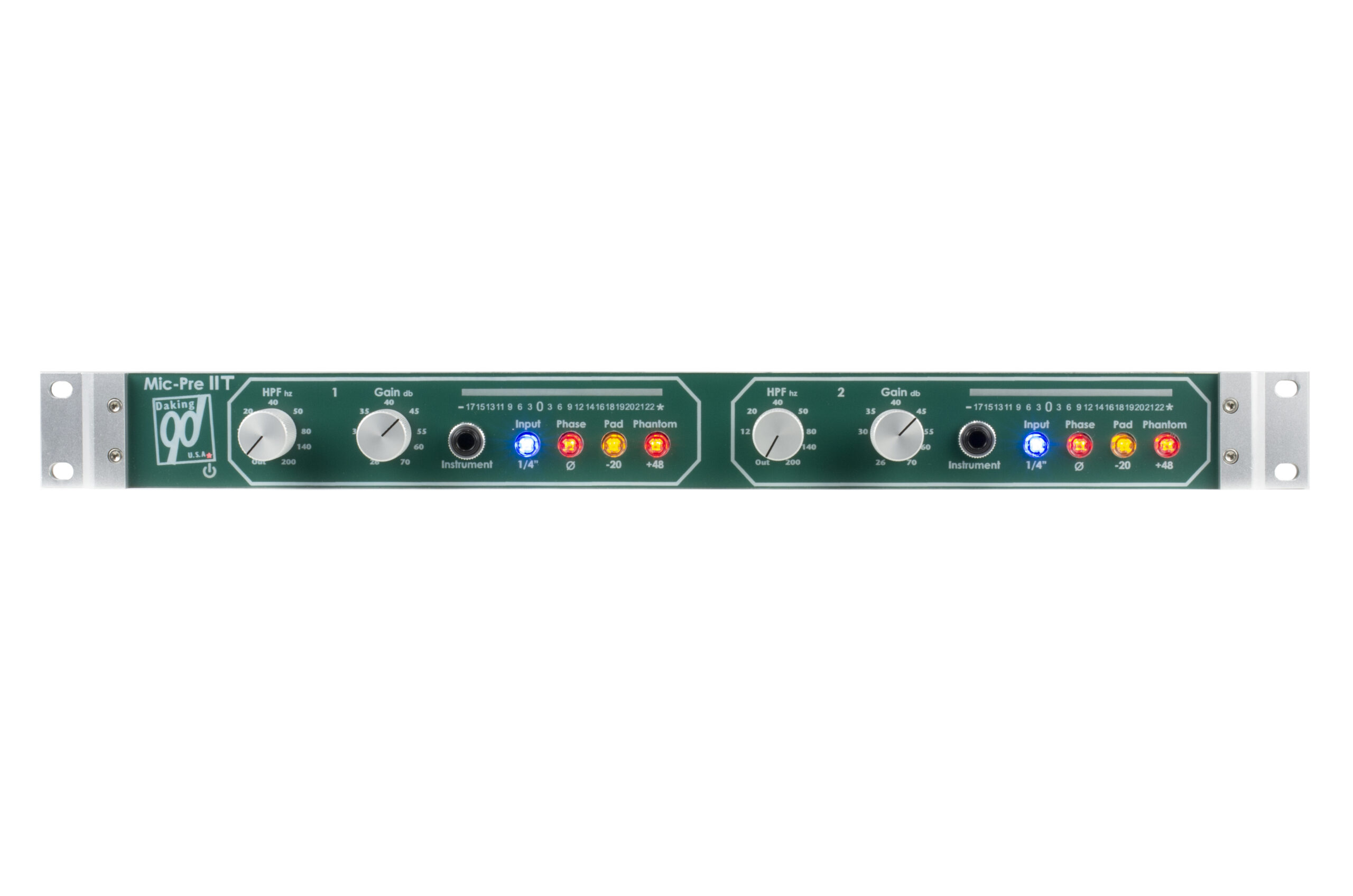 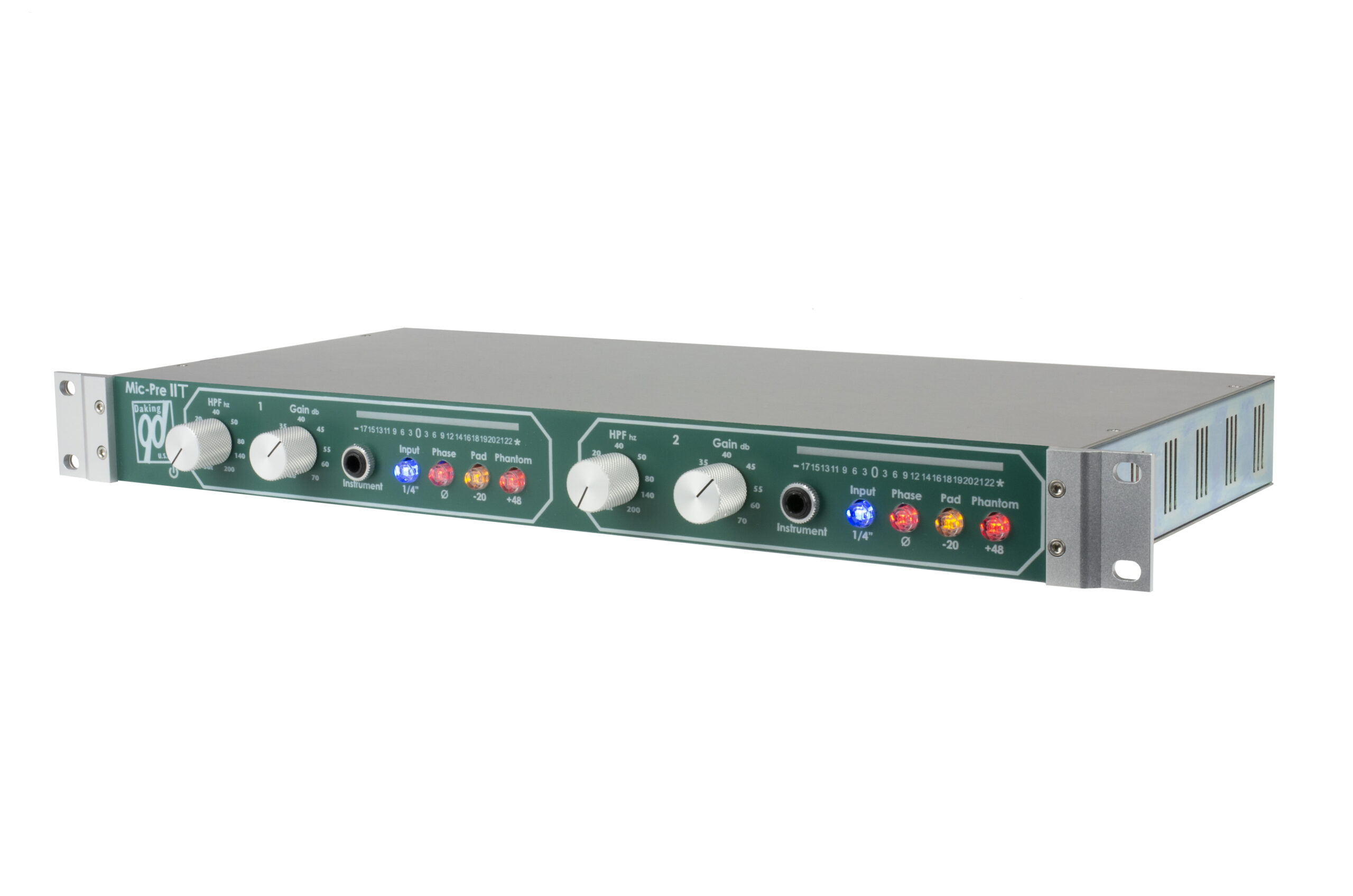 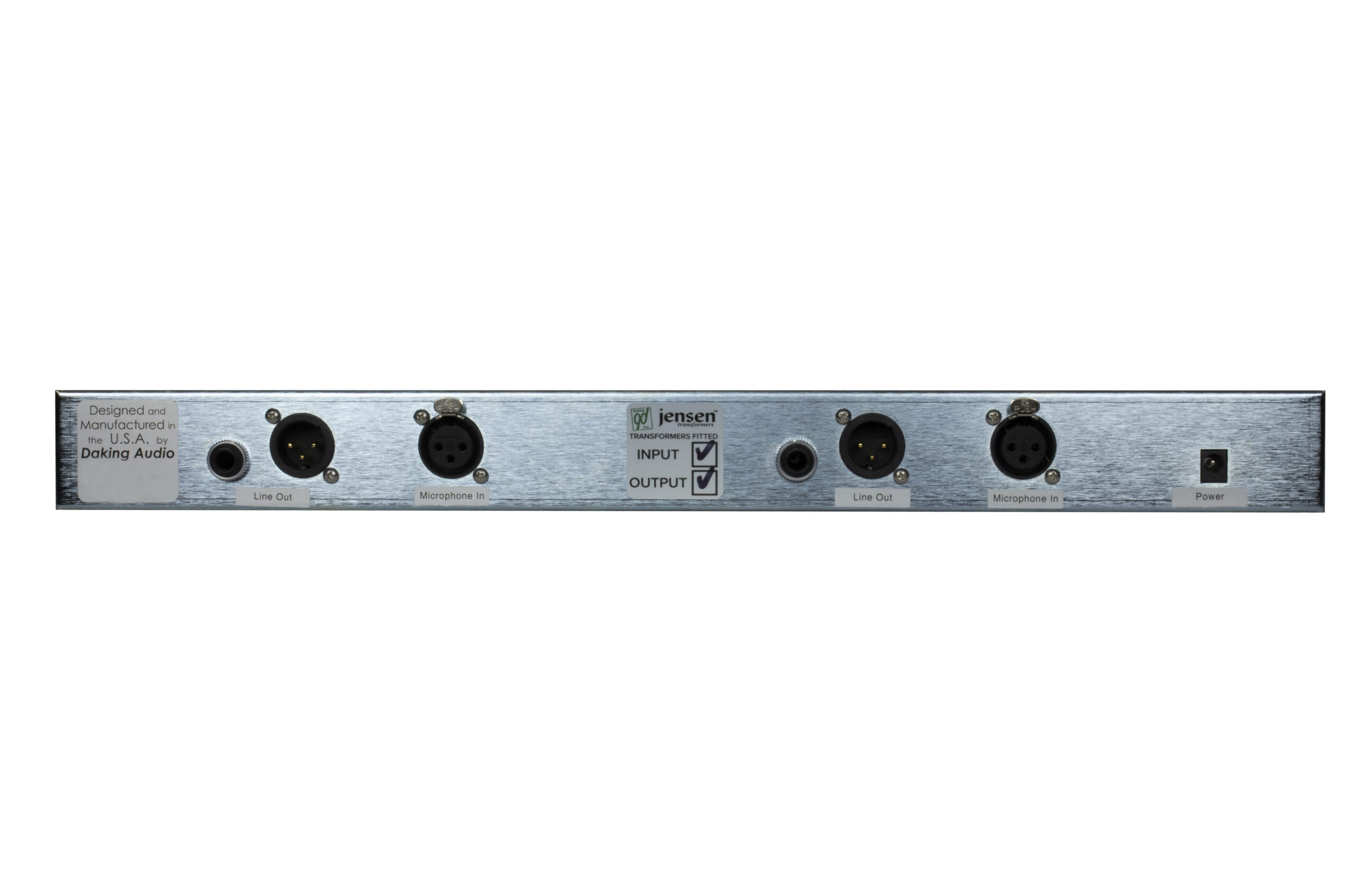