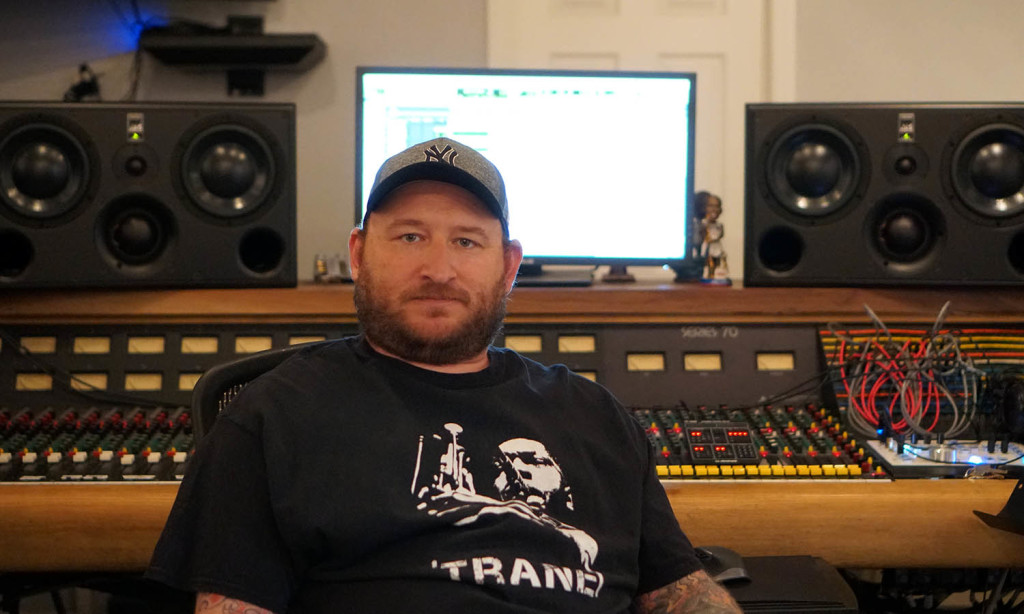 LOS ANGELES, CALIFORNIA – MAY 2018:  Josh Smith is an accomplished guitarist and producer who has worked with Elton John and Mick Jagger and has a regular gig with Raphael Saadiq. Although he tore up his home state of Florida as an amazingly precocious teenager, touring with accomplished adult musicians in his blues band, Josh Smith and the Rhino Cats, Smith relocated to Los Angeles in 2002. From there, he collaborates with musicians near and far and has, in recent years, stepped into the role of producer for up-and-coming artists. To facilitate turnaround on a steady flow of work while maximizing his creative inspiration, Smith recently completed a stand-alone project studio on his property and outfitted it with a pair of ATC SCM45A monitors.

The project studio is detached from his house and occupies 1,000 square-feet with a generous control room, a comfortable live room, and isolation booths. “It took two years to complete, but it’s a real studio with no corners cut,” Smith said with some justifiable pride in his voice. “As the industry has moved more and more toward file transfers and remote sessions, it made a lot of sense to get myself well-situated at home. On average, I spend half a year working on other people’s music and half a year on my own stuff – whether it’s touring, recording, or producing new music. I love tracking, and I love getting great sounds. I’ve been playing guitar for 36 years now, and it’s always been an obsession. But now engineering is becoming that way, too. Whereas I used to just think about guitars and amps and pedals all day, now I’m thinking about microphones and preamps. In the end, I love being creative every day, and engineering is just another form of that.”

As Smith has stepped his way into the world of engineering, he’s relied on the massive network of engineers and producers that he works with to find the tools and techniques that work best with his approach. When it came time to select monitors for the new studio, a friend at Vintage King worked out a deal where he could bring every monitor that seemed like it might be a possibility to his control room for an in-context test – fourteen in all! “I had heard ATCs a million times at other studios and I always loved them,” Smith said, “but I wanted to really make sure I had the perfect monitors for this specific room. It turned out that the ATC SCM45As slayed everything else.” Although he was fully prepared to build sand-filled stands, Smith was pleased to discover that the SCM45As sit nicely atop the meter bridge of his Trident console.

“I tried the ATCs up against all of the other high-end monitors, and I found that they have the impressive quality of being simultaneously clinical and fun to listen to,” Smith said. “They have so much midrange detail, but it’s not hyped and it’s not fatiguing. In addition to working on them, I’ve been inspired to rediscover all of the music I love. I can monitor at any volume and get a consistent picture of what I’m working on, and it always translates. I’ve grown to become very confident with the tracks we record in the studio. I know that when something sounds fantastic on the ATCs, it will sound fantastic everywhere else.”

In the short time he’s had the ATC SCM45As, Smith has mixed part of his forthcoming album, Burn to Grow and he’ll be producing and recording new albums for guitarists Seth Rosenbloom from Boston and Artur Menezes from Brazil soon. And between it all, Smith has been recording and sending files to collaborators and working on his own material.