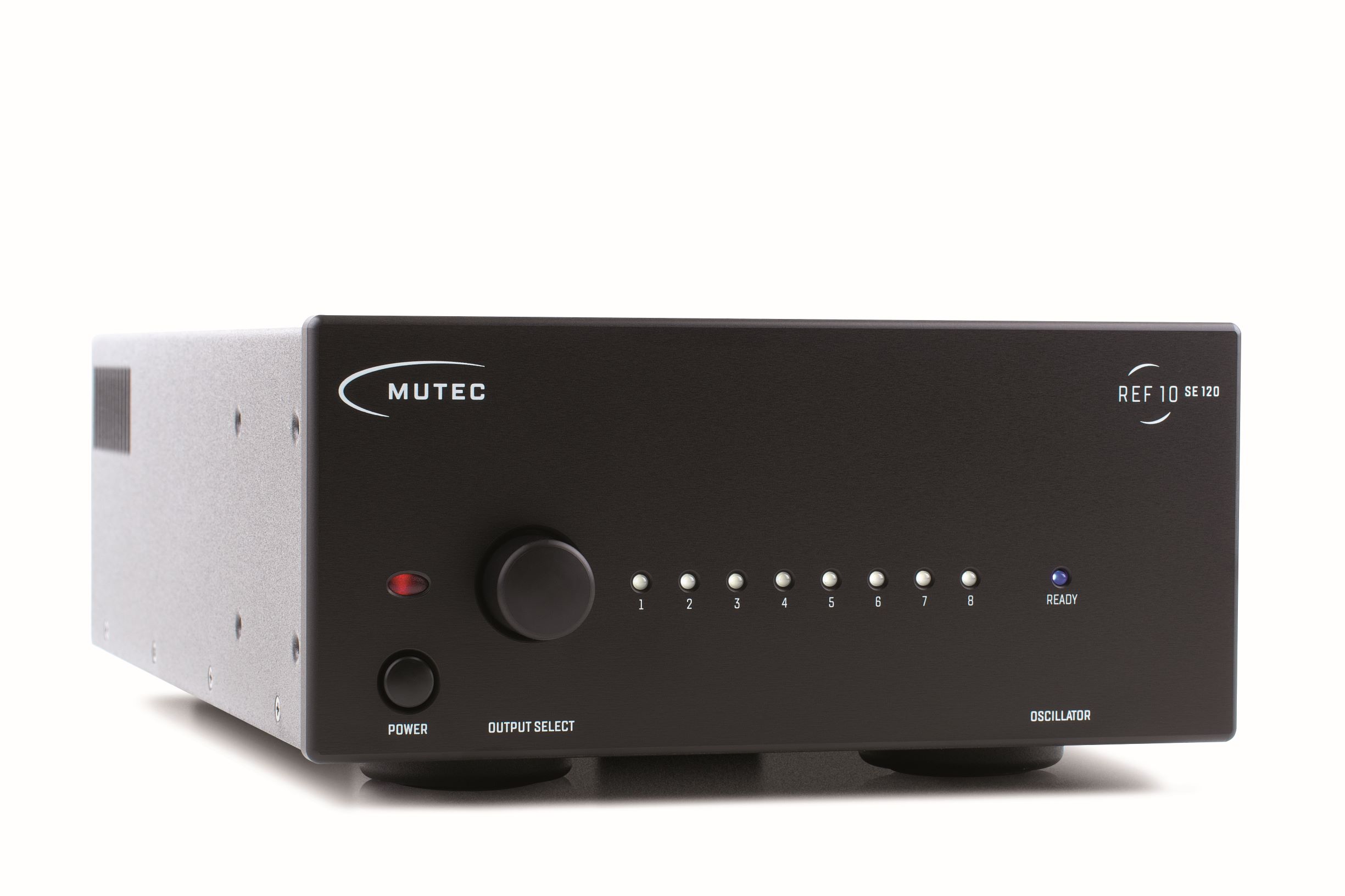 “MUTEC makes the world’s best clocks, and they got there by continually asking ‘how can we do better?’” explained Brad Lunde, president of TransAudio Group. “The MUTEC REF10 was already phenomenal. The REF10 SE120 takes it to an incredible new level with oscillator technologies that leverage the very best German science and engineering. It’s geeky stuff, but the results translate into a more emotional, immersive audio experience!”

Each of the MUTEC REF10 SE120’s eight outputs are independently engageable. At the time it ships, frequency stability is below 0.01 ppm at any temperature humans would find tolerable (-4 to 158 degrees Fahrenheit) and will remain below 0.2 ppm after decades of operation. Phase noise remains below -120 dBc/Hz at 1 Hz and below -167 dBc/Hz at 1000 Hz. An isolated, dual-linear power supply powers the 9.5 lb. unit, with optional rack ears for studio installation.