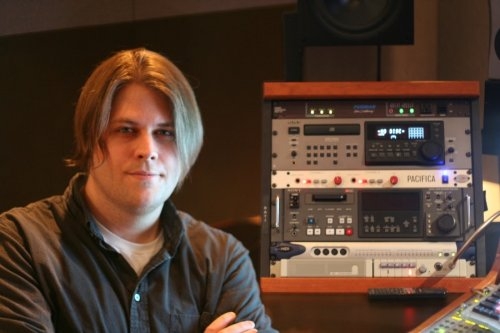 TULSA, Oklahoma – March 2008 — As senior sound editor for the Gemstar TV Guide network, Justin Rice handles all aspects of audio post-production for the channel’s promotional spots. Between original programming, such as Reality Chat and Hollywood 411, red-carpet awards show coverage and syndicated VH1 shows, including Surreal Life and My Fair Brady, the TV Guide Channel has a full schedule to promote and a full team at its Tulsa broadcast center producing promos on a daily basis. Rice not only records voice-overs nearly every day, he also serves as the resident voice-over talent, as well as in-house composer and sound designer.

Rice works between the facility’s two audio post suites, comparably equipped with Digidesign Pro Tools HD and D-Command control surfaces. Looking for the best signal chain to record his own voice-over work, as well as original music, Rice called his vendor, Al Priest, at Studio Tech Supply. “I wasn’t going to be able to buy a bunch of different mic pres for different colors, but I needed something that could handle voice recording really well and would also be a great DI,” says Rice. “Al recommended the Pacifica, mainly because it has a quick transient response. He told me that the Pacifica was really its own thing, not emulating old Neves or APIs. He assured me it was very musical sounding and capable of many colors. He was dead on.”

Rice purchased a pair of Pacificas and has been using them consistently on his own voice-overs, which he records through a Gefell M930 microphone, as well as on other VO talent. “The Pacifica is absolutely a very musical sounding preamp without sounding too colored,” Rice notes. “And it’s very quick so you can get really punchy with the voice-overs and it doesn’t grit up too much. But if you want it to, you can pad it down and turn the gain up and it thickens right up for you.”

The Pacifica also became Rice’s choice DI for guitar and bass. “I’ve gone through two or three other boxes here before, but I think the Pacifica makes a particularly stellar DI,” he continues. “We have a fairly long cable run to our equipment in the machine room, and when I plugged into the Pacifica, it was like I was plugging directly into the interface. When I’m doing music here, I’ll usually run my guitar and bass right in, and use Amp Farm. But mic’ing up guitars sounds good, too–I’ve mic’ed a couple different cabinets and run it through the Pacifica.” Rice has also run keyboards through the Pacifica, adding, “I’ve played with the gain on it, padding it down, and gotten a few different colors out of it.”

Rice recently used the Pacifica to record some sound effects and Foley for a new TV Guide original show called Making News: Savannah Style. The bulk of his daily work being voice-over recording and audio post-production, Rice has also used the Pacifica on voice-overs for Reality Chat, America’s Next Producer, Hollywood 411, and TV Closeup.