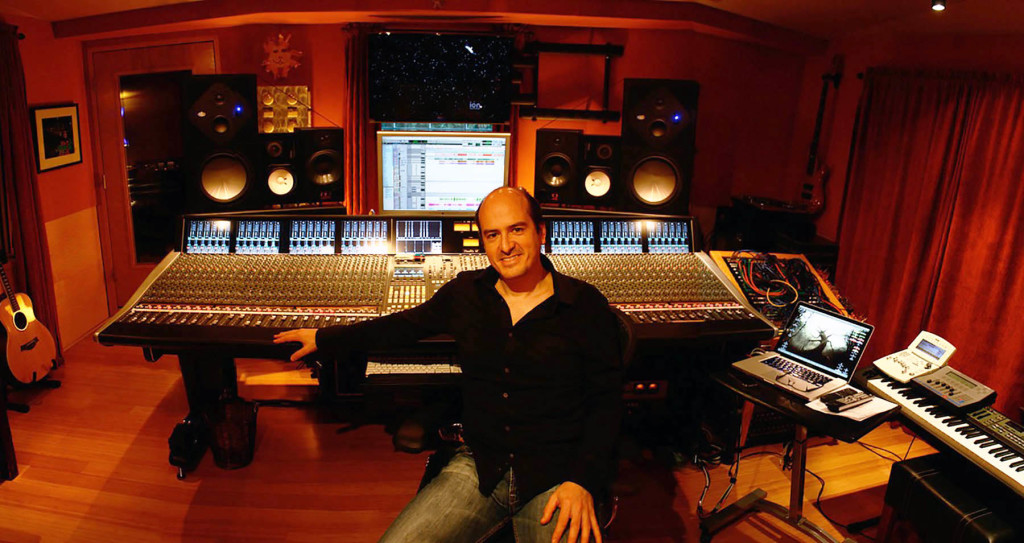 LAS VEGAS, NEVADA – APRIL 2017: Don’t bother asking accomplished recording engineer, mix engineer, and producer Rafa Sardina if he thinks it might be bad luck to have thirteen Grammy® and Latin Grammy® Awards because (a) it obviously isn’t and (b) he’s too busy traveling the world in support of projects past, present, and future to respond. On top of an incredibly diverse client list that includes Elvis Costello & The Roots, Stevie Wonder, Placido Domingo, Miguel, Lady Gaga, Tim McGraw, Harry Connick Jr., and Michael Bublé, Sardina keeps busy serving as Governor of Grammy’s Los Angeles Chapter, Chairman of Grammy’s Los Angeles Chapter Producers & Engineers Wing, Trustee of the Latin Grammy’s, and Vice-Chairman of the Latin Grammy’s Circulo de Productores e Ingenieros. But if you want to talk gear or techniques, Sardina’s always game. And given his track record, you’d have good reason to take what he has to say to heart!

Such was the case with pop filters, devices that most engineers believe to be too subtle to be worth discussing. Not so with Sardina: “People know that pop filters are subtle things, but they think that means they are unimportant. Some people may not have the training to hear what they’re missing with a bad pop filter, perhaps because there are potentially other losses in the signal chain that are as big or bigger than those attributable to the pop filter. So they don’t think the pop filter matters, but I disagree with that view strongly. Different pop filters have very different characteristics and those ‘subtle’ differences add up to the difference between a lively, energetic recording and a flat, boring one.” (Remember, this is coming from a 13-time Grammy winner!)

By his own estimation, Sardina owns every single pop filter on the market, and he’s done every imaginable shoot-out between them, and even between combinations of them. “First, I do comparisons with and without the filter,” he said. “You have to listen to the parts of the recording without the pops to hear the difference. Of all the pop filters I have ever used, the Pauly PR120 Pop Filter is undoubtedly the best. I don’t know what magic Pauly used, perhaps it’s the way the air moves between the two membranes, but it’s as close to utterly transparent as I’ve heard. The Pauly preserves the high-end information, the air that gives a performance life and existence between the words.” On top of owning all of the pop filters on the market, Sardina owns three Paulys!

Recently, Sardina used his Pauly pop filters to record vocals for Placido Domingo, Alejandro Sanz, Calle 13 (there’s that number again!), Harry Connick Jr., Jordan Smith, and Ginastera Vocal Works. “But pop filters have many other uses. They’re not just for vocals,” Sardina added. “Like when I put a condenser on a kick drum: the push of air can cause things to crap out. The same sort of thing happens with a lot of brass instruments.” In that spirit, Sardina recently used his Pauly pop filters to record drums, brass, and more vocals for D’Angelo & The Vanguard, Elvis Costello & The Roots, Jumaane Smith, Laura Michelle, Il Volo, Estopa, and Cristian Castro.