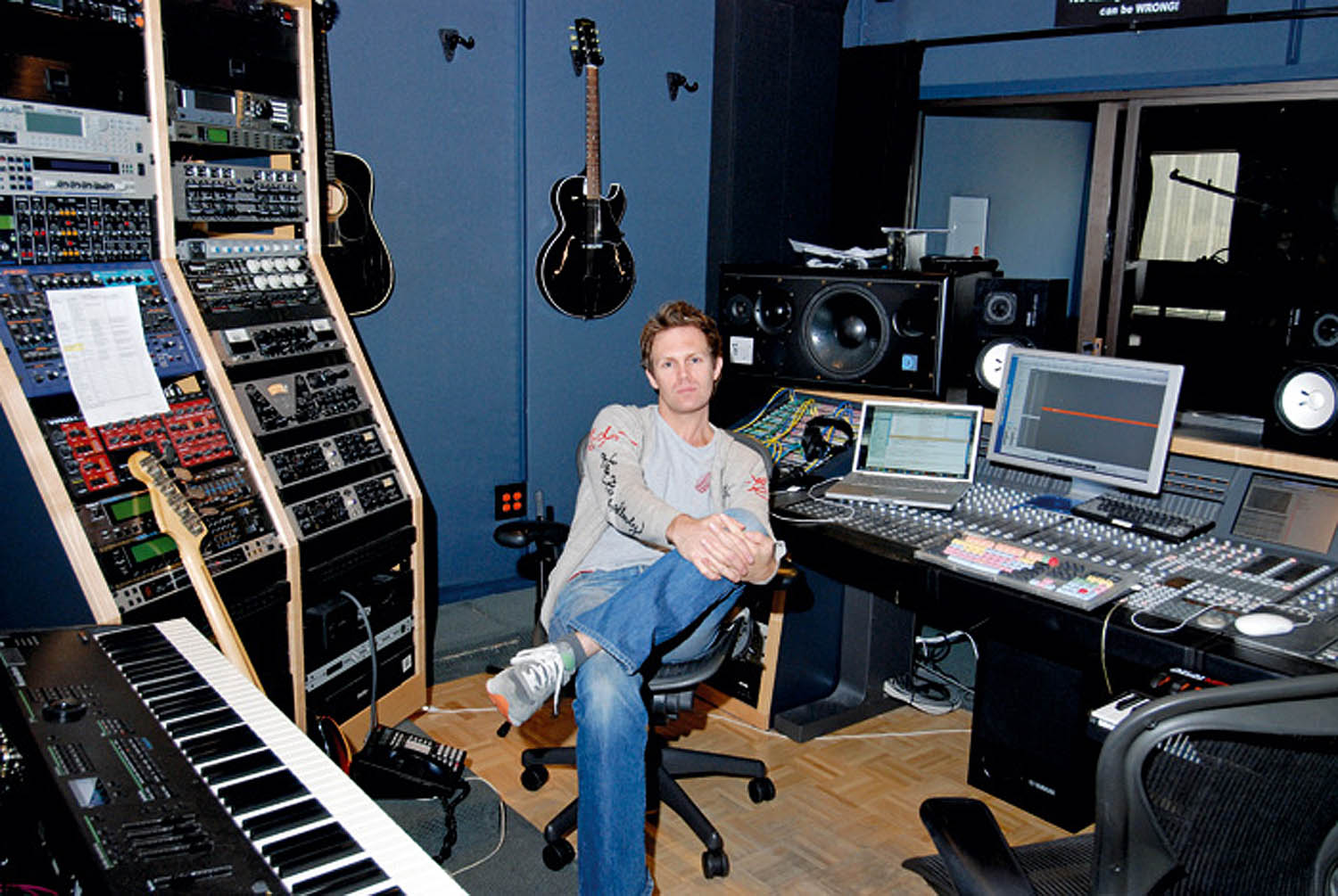 LOS ANGELES, CALIFORNIA – JULY 2009: Peter Stengaard, a producer, songwriter and multi-instrumentalist from Denmark, now based in Los Angeles, has purchased a Bock Audio 5-ZERO-7 vocal microphone through exclusive U.S. distributor TransAudio Group in Las Vegas, Nevada. Stengaard, who includes Pussycat Dolls, Donna Summer and JC Chasez on his list of credits, also regularly works with one of the industry’s leading songwriters, Diane Warren, at her RealSongs production facility in Hollywood.

As Stengaard relates, he had a relatively simple reason for purchasing the Bock Audio microphone. “I record a lot of vocals and I needed an excellent vocal mic,” he says. “As I do a lot of work with various top artists, the vocals are always the most important part of the production.”

The 5-ZERO-7 won out over several other top large diaphragm condenser vocal microphones, he says. “They’re all great microphones. You can’t mess up with any of them – or at least, it’s not the microphone’s fault if you do!” But he was shocked, he admits, to discover that the 5-ZERO-7 outperformed some very high-end vocal microphones. “So I had to get it,” he says, noting that the price was about the same as many of those mics.

“My problem was that I wanted a U 47-type mic, but on guys that don’t have super well-rounded voices it tends to sound a little nasally,” he explains. “I wanted something with a little more of an open sound, especially in the mid-range. Some mics sound a little scooped.” For example, he explains, “There’s not much bite in the mid-range with a C 12-type microphone. What I really like about the Bock microphone is that the mid-range boost is a little bit less than the 47 and not so nasally, but there’s a boost in a very pleasant area, plus a very nice top end and a very firm bottom end. It sounds huge and natural, while still having lots of character”

He has already used the Bock 5-ZERO-7 on productions for some artists he is working with including, Kerli (Island Def Jam), The Benefits (which includes his brother, Thomas, and is signed to Warner in Europe), and Jessi Malay, he reports. Stengaard, who studied for four years at the Royal Academy of Contemporary Music in Denmark then working in London before relocating to Los Angeles about five years ago, works out of his own well-appointed home studio. He can also frequently be found producing and recording full backing tracks for prolific songwriter Diane Warren at her facility. It’s not unusual for those productions, on which Stengaard for the most part plays and programs all the instruments, to become the final productions for releases by artists such as Jojo, Ashanti and Lindsey Lohan.

The performance of the Bock 5-ZERO-7 lends itself to applications other than vocals, he also explains. “I usually use the same microphone on acoustic guitar. It sounds fantastic!”

Another TransAudio Group distributed product has also found favor with Stengaard. “I have a pair of ATC SCM20ASL Pro reference monitors as well,” he says. “They’re excellent speakers. I got them because they are so revealing and amazingly precise.” His room at Warren’s RealSongs facility also houses a pair of ATC SCM100ASL Pro monitors. “I don’t have space for those at home,” he laughs. “Plus I have neighbors; not in near proximity, but I have to be a little conscious of sound level. But just getting anything with ATC’s name on is great.”