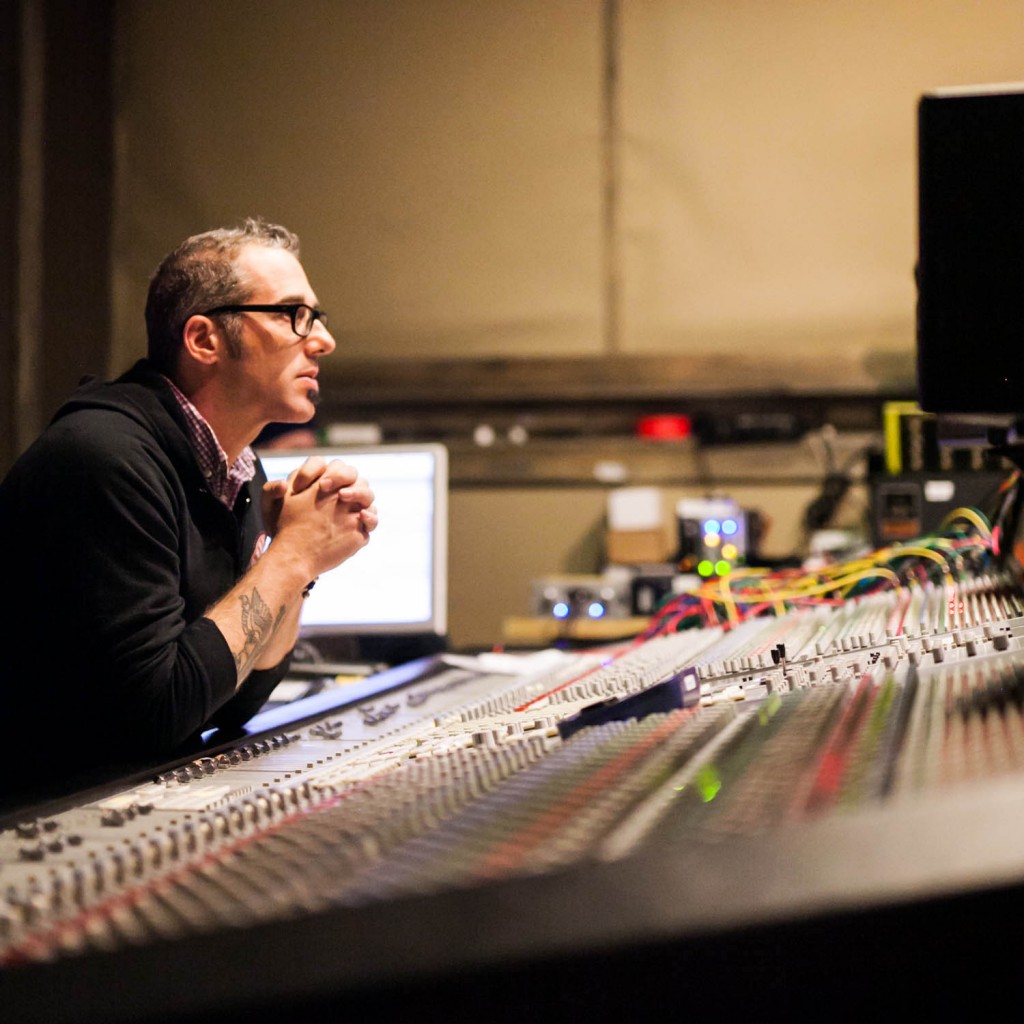 BROOKLYN, NEW YORK – JANUARY 2016: Adding to the two Grammy nominations already to his credit for Bomba Estereo’s Elegancia Tropical (Best Alternative Music Album at the 2013 Latin Grammys) and Pretty Lights’ (Best Dance/Electronica Album at the 2014 Grammys), Brooklyn-based producer, engineer, and musician Joel Hamilton now has two more Grammy nominations. Both are related to Highly Suspect’s first full-length album, Mister Asylum, which Hamilton produced, recorded, and mixed at his three-room facility, Studio G Brooklyn. The album is up for Best Rock Album, and its single “Lydia” is up for Best Rock Song. Not coincidentally, all of Hamilton’s Grammy nominations are for works he produced and engineered after outfitting all three control rooms at Studio G with ATC SCM25A Pro nearfield reference monitors, which he relies on at every stage of every project in which he involves himself.

“I came up in the punk rock world, playing at CBGB and listening to really gritty records,” Hamilton said. “There was the right kind of wrong on every record I loved. It was the like the technology wasn’t up to capturing so huge an event, and the sound of the technology failing adds excitement to the recording. You can feel that same effect when you’re really rocking out in your friend’s car on a road trip: you crank the stereo up just below the point at which it’s going to completely fail and shout along with the music!”

He continued, “What’s amazing is that we now are pretty close to being able to capture sound with virtually zero noise or distortion. We thought that was the goal, but it turns out to be boring for most genres of music. And it also turns out that there’s a huge range of boring at the bottom, a tiny window of beautiful distortion near the top, and a huge range of distracting distortion above that. The goal – and it’s not easy – is to hit that small sweet spot so that a recording sounds exciting at any volume without being fatiguing. That’s what I’m shooting for.”

Hamilton finds that window recording the basic tracks to a 24-track Studer analog tape machine. “With my ATC monitors, I’m able to see that tiny perfect window, where the grit is just right, during recording,” he said. “That’s critical, because I’m committing to it. There’s no undo key. Now that I have ATC’s legendary midrange clarity, I realize that I used to be half-guessing on other monitors. These days, my intention reads more clearly in the end result.” Music fans, some of whom are on the Grammy nominating committee, would seem to agree with Hamilton’s assessment!

Hamilton cites the singles from Pretty Lights and Highly Suspect as great examples of “the right kind of wrong.” Although electronic, Pretty Lights’ “Around the Block” has a deep, growly, dirty sound that gives it an organic personality that aligns beautifully with the concept of the song. If Hamilton hadn’t hit the tape as hard, the song would have had a much less engaging presence. “When the chorus kicks in on Highly Suspect’s single, “Lydia,” the whole song surrounds you,” he said. “It’s like it pours out of the speakers and floods the room. You can’t get that kind of sound if everything’s clean and safe, but if you overdo it, it turns into a mess.”

All three of Studio G’s rooms have ATC SCM25As on the meter bridge that, in addition to being convenient for Hamilton, are a welcomed asset for all of the studio’s outside clients. “Strange to say, but I feel like I got a home when I discovered ATC monitors,” he said. “It’s the sound I want in every room, and I don’t have to explain anything away when I tell prospective clients that we have ATC monitors. They’re like, ‘oh, perfect’ and there’s no need for further discussion on that point. When I’m working with musicians or other producers, the ATCs provide an accurate reflection of what I’m trying to do. There’s no need to try to explain my intentions… they can just hear them.”