LAS VEGAS, NEVADA – SEPTEMBER 2022: Given the unprecedented reputation of delivering creative, problem-solving, and bulletproof products to the studio and live recording arenas, TransAudio Group, the U.S. distributor for Drawmer, is introducing Ivor Drawmer’s all new 1972 Dual Mic/Line and Instrument Mic Preamplifier. The unit distinguishes itself with its flexibility, unique feature set and simple operation, and is at home in both professional studio and live sound applications. As with all Drawmer products, the 1972 is hand-crafted in the UK with an all-steel chassis for bullet-proof reliability. 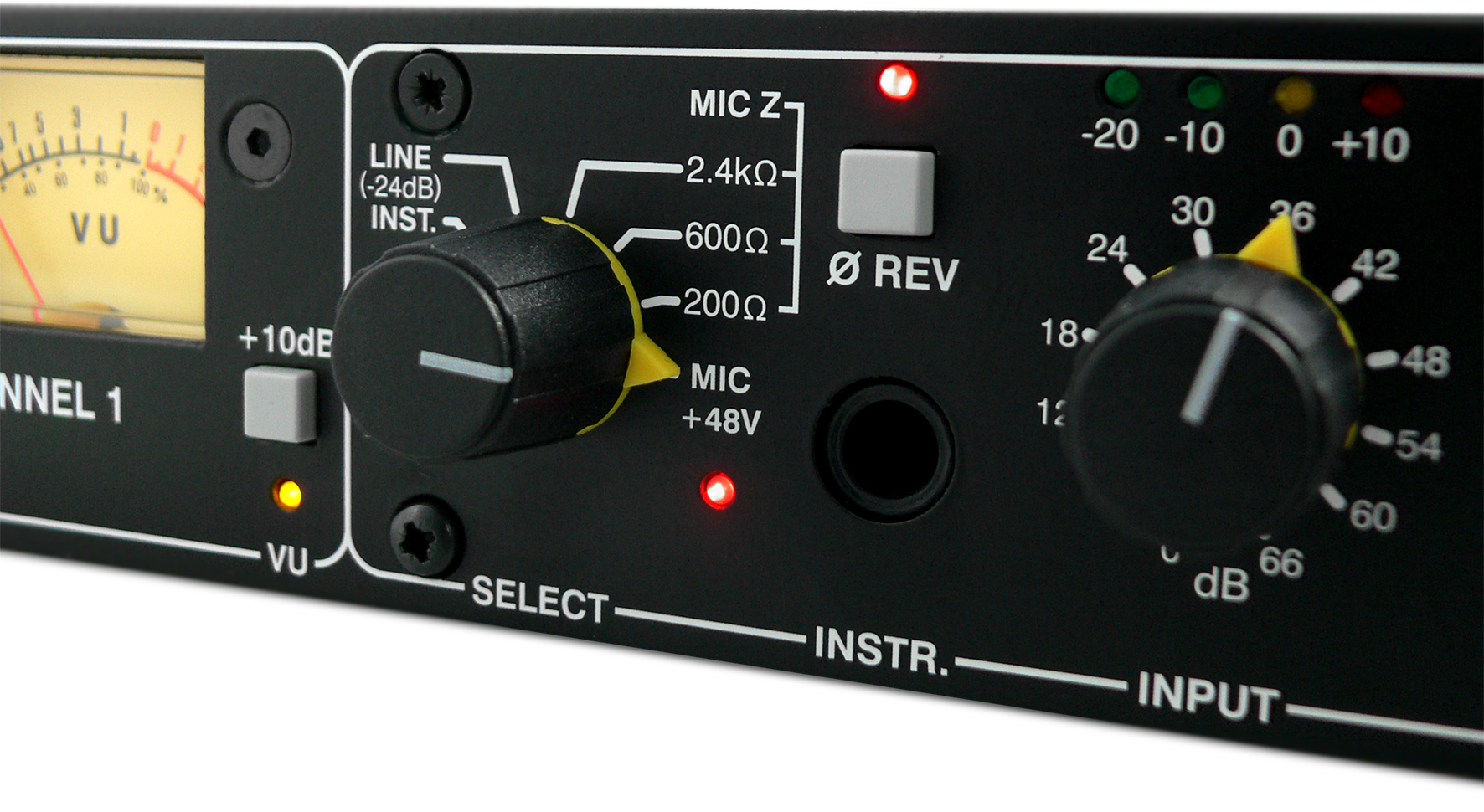 Up to 66dB of ultra-clean gain in 6dB steps is provided by THAT Corporation technology using a 12-position rotary Gain switch. The switch’s detents make it easy to recall settings from previous sessions – perfect for rapid changeovers in live recordings – when there is no time to reset record levels. Input levels are monitored on a simple, five LED color-coded meter directly above the Input Gain control and a compact analog VU meter monitors the final Output level. 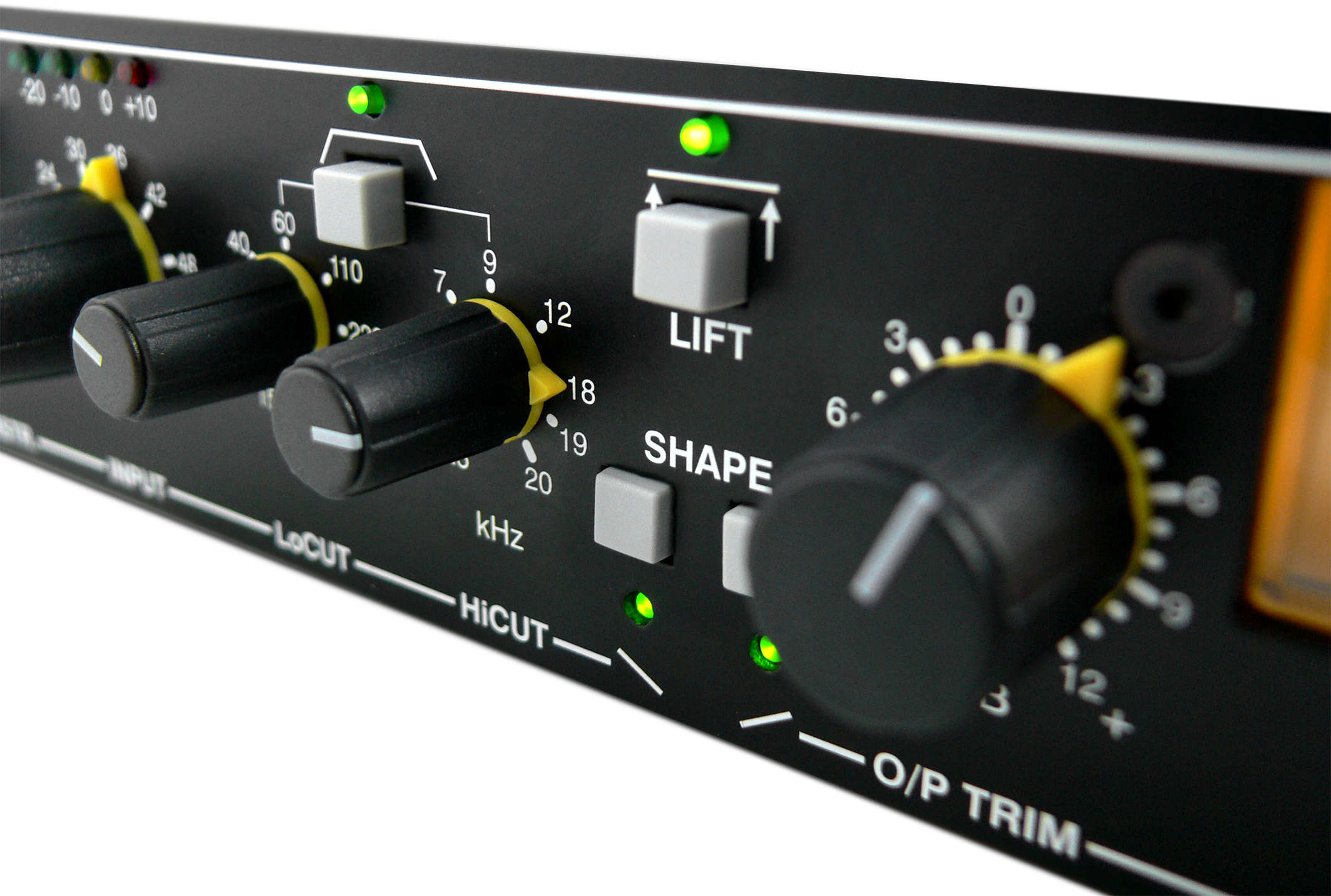 Front panel controls continue with a Phase reverse button and the switchable Lo and HiCut filter section that also works as a very smooth bandpass filter. The LoCut section is switchable in/out and is a 12db/octave filter with the ability to sweep any frequency between 15Hz to 350Hz. Having a fully-adjustable LoCut filter means you may fine tune and negate just enough low-frequency rumble, stage vibration – even traffic noise without affecting the natural, musical bass frequencies. The HiCut or low-pass half of this filter ranges from 1.5kHz to 20kHz and is also a 12dB/Octave design. It works great to remove system hiss or even sibilance. Either section can be used separately.

Unique to the 1972 is Lift a low-level, upward expander. When switched in, Lift adds gain to input signals below a level of -30dB and continues adding gain until a level of 0dB is reached. Furthermore, starting at -30dB, the amount of added gain is gradually reduced as the average level approaches 0dB. Lift is the ultimate, smooth, automatic, gain-riding tool. You will never have “under recorded” audio again with this natural sounding feature. It’s useful for studio, TV sound, conferences, and public address system recordings. Off-mic and poor microphone techniques are all helped with Lift.

Another standout feature of 1972 is Shape, basically used as an instant sonic fixer. It is comprised of two separate, fixed-frequency tilt or see-saw equalizers both centered at 500Hz. Low Shape will provide up to a 2.5dB boost at 40Hz and, at the same time, attenuates -2.5dB at 10kHz. Conversely, Hi Shape reduces by 2.5dB at 40Hz and, at the same time, boosts up to 2.5dB at 10kHz. With both low and high Shape buttons engaged, a pleasant and very useful “scoop” centered at 500Hz is generated. Great for a harsh and “honky” sounding overall music mix.

Noted Brad Lunde, president of TransAudio Group and the U.S. distributor of Drawmer. “As usual, Drawmer studied the marketplace and engineered an affordable dual mic pre with one-of-a-kind features to meet today’s intricate recording issues and live sound applications. The 1972 is destined to be a staple piece of gear in every audio rack.”

The Drawmer 1972 is now available.