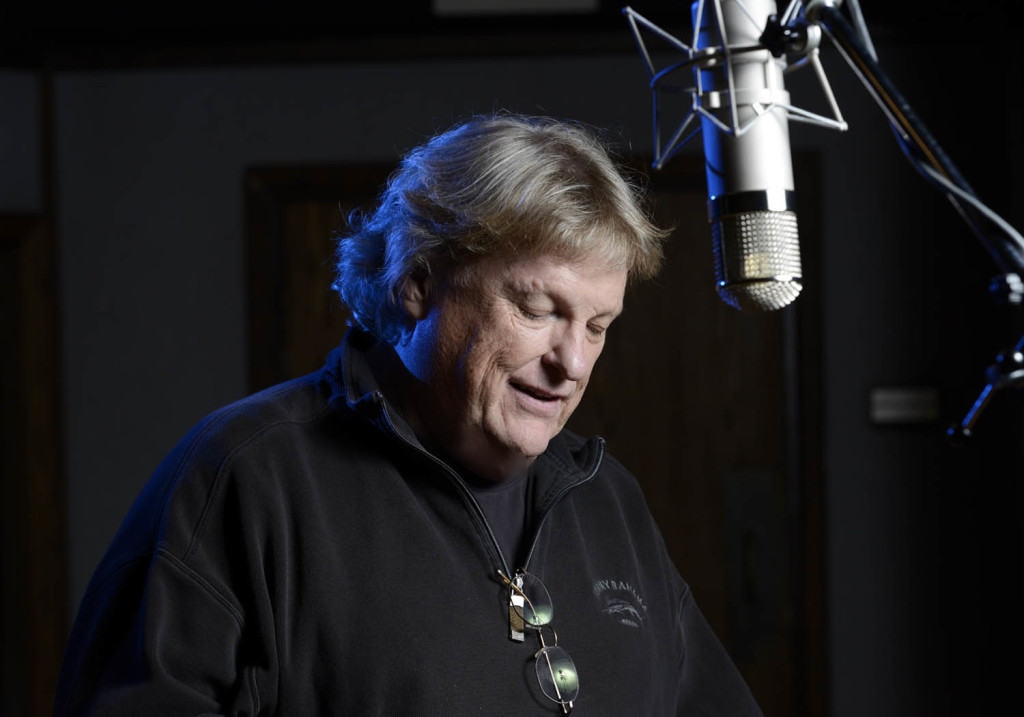 LAS VEGAS, NEVADA – MAY 2016: Although he is still best known for his work on over 120 films such as National Treasure, Remember The Titans, Austin Powers in Goldmember, Armageddon, Twister, Bourne Supremacy, and Training Day, veteran recording and mix engineer Steve Kempster has, as of late, turned his prodigious talents to the burgeoning world of high-end audio for gaming. Indeed, this year composer Austin Wintory won the ASCAP Composers Choice Award for Assassin’s Creed Syndicate and composer Gareth Coker won the Game Audio Network Guild Awards for Ori and the Blind Forest in the categories of Audio of the Year, Best Mix, Best Instrumental Track, and Rookie of the Year. Kempster mixed both scores at his private mix room, relying on his ATC SCM100ASL LCR midfield monitors and his ATC SCM25A LCR near-field monitors to ensure that the full emotional impact and intention of the composers’ works translate to gamers around the world, regardless of the sound systems they listen on.

“I’ve done most of Austin’s games and movies in the last few years,” Kempster said. “I helped him record the original ideas for Assassin’s Creed here in LA, and we were able to get very specific about the feeling and timbre we were after. He wanted a real tactile feeling so that the gamer would feel like the music was right there, not far off in the distance. Our early conversations and work held the project together, and so my mix was a natural extension of that.” Wintory introduced Kempster to Gareth Coker, which led to his work on Ori and the Blind Forest. Kempster is also working on new games with award-winning composer, Mikolai Stroinski.

Back in the late 1970s, Kempster got into the music business as a singer-songwriter. “I learned engineering so that I could get the right sound for the stories I wanted to tell,” he said. “I was inspired to do that because I found that if the engineer understood what I was up to, the song’s intention came through. But if he didn’t, it fell flat. It was an important place to get it right, so I trained myself on how to record and mix and worked with musicians on my own material. They said I had a better sound coming out of my garage than they were getting at the nice studios, so they started asking me to come work with them there. I think it’s helpful to keep the songwriter’s perspective as an engineer. I look at my job from a storytelling point of view first and foremost.”

Kempster explains that the biggest difference between mixing for records or movies and mixing for games is the inherent non-linearity of games. “Depending on the design of the game, the player will hear different things depending on their play,” he said. “If a player engages in a battle and loses, the game may reset to an earlier point. There can be a million different paths and outcomes, as compared to a record or movie with just a single linear arc. The music has to be composed so that it walks hand-in-hand with the action without becoming repetitious. It’s an amazing art that Wintory and Coker are adept at navigating. They build in different levels of the same cue. Those levels seamlessly transmute, and I have to be very careful that my mix works across all of those levels. That’s no easy trick.”

Kempster has two ATC setups: he has his LCR system of ATC SCM25As permanently installed in his home mix room and a large, but mobile LCR system of ATC SCM100ASLs paired with an ATC SCM0.1/15ASL subwoofer for use at different facilities around town. “My ATCs are the most important thing I own, and I own a lot of gear,” Kempster laughed. “With the 100s, I’m kind of like a mobile MASH unit. I’m pretty good at arranging them and working with the subwoofer’s cutoff and volume to get a nice even response. I have a few pieces of music that I listen to that help me calibrate things. Once they sound right, I know whatever I record or mix will translate.”

“All mixing is like sculpting,” he continued.” I chip away and remove the things I don’t want until I hear what I want to hear. With all the levels of a game’s mix, the details can add up in unexpected ways, and I rely on my ATC’s incredible clarity to alert me to any potential issues. When I have the mix right, the imaging on the ATCs is breathtaking and the mix sounds correct across all the volume levels. By relying on ATCs, my mixes translate to postproduction and consumer systems. If I couldn’t get that right, someone later in the production chain would have to do it for me. It’s great that there are talented people who can do that, but I certainly don’t want to be the engineer whose mix needs saving! Career longevity doesn’t come out of that equation!” (Spoken by an engineer who has been delivering spot on mixes for nearly forty years…)