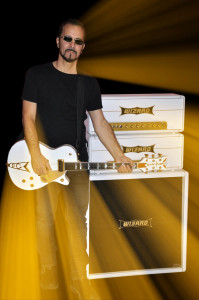 LAS VEGAS, NEVADA – APRIL 2016: Like The Beatles, Madonna, and Nirvana, you’ve undoubtedly heard the music of Devin Powers, but you probably didn’t know it. Powers is arguably the world’s most prolific recording artist turned composer for modern television. He’s written, performed, and recorded literally tens-of-thousands of songs in every genre and style imaginable for all manner of TV shows. His clients include the pioneering reality show Blind Date, The Bachelor, The Bachelorette, The Biggest Loser, The Amazing Race, and Naked & Afraid, the ground breaking #1 survival show for Discovery along with others for ABC, NBC, CBS, Fox, The History Channel, MTV, A&E, and more. In fact, Powers has had music in over four hundred TV shows over the last seventeen years. He’s earned numerous awards from ASCAP, including “Most Performed Television Underscore” in 2006. The three keys to his success are a limitless wellspring of musical inspiration, the capacity to perform every aspect of his compositions, and the professional tools to nail the sound of the target genre and deliver a perfect mix on deadline. For the last two years, Powers has relied on ATC SCM25A active near-field monitors to craft those perfect mixes in an enjoyable, non-fatiguing way, day-in and day-out.

Powers didn’t start out aiming to be top dog in the world of television underscores. Instead, he was a bona fide rocker; an ace on guitar and vocals, with plenty of chops to spare on everything else. He wrote for and led the Universal Records band The Vents in the 1990s. With top-10 radio hits saturating the airwaves, The Vents toured the USA, opening up for bands like Smashmouth, Matchbox 20, Radiohead, Foo Fighters, and Wilco. Clearly, Powers had arrived. But alas, the vicissitudes of corporate mergers and steely boardroom decisions saw The Vents dropped from the label despite radio hits and an undeniably ascending trajectory.

It was a blessing in disguise. “My goal had never been to be a rock star, per se,” Powers said. “I live and breathe music. It oozes out of my pores. My goal was always to make a living making music. I started producing for younger bands when I met up with an industry friend who was looking for an authentic rock guy to write songs for a ‘reality TV show.’ This was back in 1998, and no one knew what a ‘reality TV show’ was! He explained the concept, and I thought it sounded like a fun opportunity to sit in one place and write punk, funk, rock, R&B, metal, you name it. I signed on, and it was way more rewarding in many ways than working in the rock world with no touring! In Blind Date’s first season, Powers wrote and recorded over 1,500 tracks, and at the end of five seasons, he had 7,000 tracks.

Now eighteen years later, Powers has a group of writers working under him, but his main focus is still on writing, recording, and mixing music for his biggest clients. And he has amassed the resources to be a true master of tone. He has all the guitars, amps, drums, keyboards, microphones, vintage outboard gear, and all the deep know-how to pick and choose among that massive arsenal of tools to get just the right sound for a piece. And he does it at a breakneck pace, often starting with nothing in the morning and leaving eight hours later with several completed mixes of songs he wrote and recorded that day!

“Only the biggest primetime scripted shows master or sweeten the music tracks before they’re incorporated into the show. On unscripted shows it’s on the composer to make sure everything is absolutely perfect before it goes out the door,” Powers said. “I have found that my ATC 25s reveal everything that’s going on in my mix, and they do so at any volume. Their midrange is fantastic, and overall, they have the right combination of rock, detail, and punch. And I can listen to them all day and not leave feeling fatigued.”

Powers notes that there are a few differences between mixing for traditional music outlets and for television. First, there’s no unity volume in TV, so Powers typically mixes in the green, leaving more room for dynamics than you might guess. Second, the effects of low volume on sustained sounds (e.g. synth pads) versus transients (e.g. drums) can wreak havoc with a mix. Although he doesn’t want to give away too many secrets, Powers always checks his mixes at low volume on Auratone Sound Cubes. “I listen carefully to the transients,” he said. “My mixes have to work well and translate at all volumes.”

“I know it’s cliché to say, but it’s true,” he concluded. “The most important piece of gear in my studio is the monitor system. My ATCs are the best overall loudspeaker that I’ve ever heard.”